Far-right terrorism has been identified as a key threat to the safety and prosperity of the country, according to the director general of MI5, Andrew Parker, and Cressida Dick, the commissioner of the Metropolitan police.

Writing in the Times, the pair warned that while Islamist terrorism remains the largest by scale, they are also “concerned about the growing threat from other forms of violent extremism … covering a spectrum of hate-driven ideologies, including the extreme right and left.”

“Over the past few years [police] have stopped a number of rightwing terrorist attacks from getting through,” they wrote.

In the wake of the Christchurch attacks, in which 50 Muslims were killed by a suspected white supremacist, security services worldwide have refocused on the threat of far-right extremists.

Sara Khan, the UK’s lead anti-extremism commissioner, told the Observer this month there has been a surge of UK-based far-right activists who are “organised, professional and actively attempting to recruit”.

Khan, who is preparing a report on extremism for the home secretary, said: “I have heard deep concern about the far right and its devastating impact on individuals, communities and our democracy.” She also said that a “frightening amount of legal extremist content online” was fuelling far-right activism.

Elsewhere in their article, Parker and Dick said “numerous plots” had been thwarted in the UK since terror attacks in 2017 in London and Manchester. After those attacks, the pair had commissioned Lord Anderson to write an independent review into them.

The report highlighted three key themes: the need to counter violent groups on the extreme right and left; how the security services and the police use data; and the need for intelligence sharing at local level with other organisations.

“On data, we identified ways in which advances in that field enable us to sharpen our ‘radar’ and increase insight,” they wrote. “There is no magic solution but there are valuable gains to be made by going further in data analytics and related technologies with parts of the private sector. We have made important progress already.”

The use of behavioural science will allow agencies to “detect signs of developing intent”. Allied with information-sharing across multiple agencies, including social services, “this approach to managing the risk in communities posed by individuals linked to violent extremism can succeed where a more active, intrusive investigation might not”.

Several pilot projects are already running on this model, which could soon be rolled out across the UK. It is similar to how some authorities manage sexual and violent offenders. 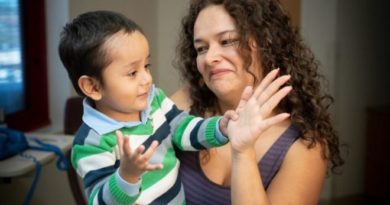