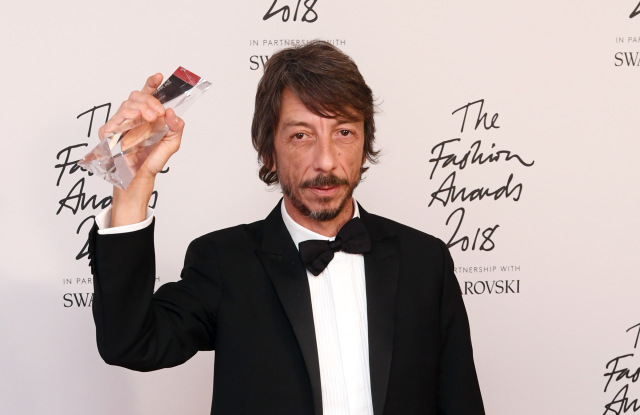 With a sense of unadulterated escapism and drive to improve diversity, Valentino’s recent collections have been ticking all the boxes. As creative director Pierpaolo Piccioli wins Designer of the Year at this year’s Fashion Awards, he talks exclusively to Vogue about the joy of imagination and his vision for the venerable Italian house. On Monday night at the British Fashion Council’s annual Fashion Awards, held at London’s Royal Albert Hall, Valentino creative director Pierpaolo Piccioli was crowned Designer of the Year (succeeding last year’s winner, Raf Simons of Calvin Klein). Piccioli learned the news shortly before speaking to Vogue, and is still in a state of disbelief. “So you’re sure I’ve actually got the award, I’m not just nominated?” he asks. For those who have witnessed the designer’s evolution from one-half of a design duo (Maria Grazia Chiuri was joint creative director from 2008 until 2016, when she took the helm of Dior), the news will perhaps come as less of a surprise.

When Piccioli delivered Valentino’s couture show last spring, he opened the door to something we didn’t realise we needed: a hit of pure, fantastical beauty. With hindsight, it’s another example of how fashion often acts as a barometer for the collective mood. Skim the news events of the past year and the direction of Piccioli’s creations comes as no surprise – he offers a momentary escape, yes, but also reassurance that, despite everything happening out there, imagination and creativity can still flourish. At the show, that creativity was seen in a riot of ruffles and botanical prints, dramatic eruptions of faille that gave way to colour-blocking and monochrome. Philip Treacy headpieces – some in Crayola-coloured feathers, others emulating flowers in luscious hues – blossomed from the models’ heads. Piccioli described the show as a “stream of consciousness”, likening his mood boards and fabric swatches to Molly Bloom’s monologue in James Joyce’s Ulysses. The audience not only got to feast on the visuals, but gained real-time insight into his creative process, too. Piccioli believes his job as a designer is to deliver his vision of beauty, not his vision of the world. “We all have our own way of reacting to the time we are living in. For me, it was to go back to my roots through couture,” he says. Growing up in Nettuno, a small seaside town 44 miles south of Rome, Piccioli’s keyhole into the fashion industry was magazines – and today he finds himself repeatedly returning to those innocent early years, when he’d pore over images of Charles James gowns and models photographed by Richard Avedon and Deborah Turbeville. When Piccioli arrived at Valentino in 1999, his first encounter with couture in real life was nothing like he’d imagined. “I had this idea of lightness and movement, but the dress I had seen in photos required layers and layers of tulle to make it so huge,” he says. “The effort that went into the construction of the clothes was visible. In my designs, what I want to do is subtract all this weight, [and] try to do couture as I saw it through my eyes as a kid. I want to stay faithful to that kind of imagination.” Even the succession of entirely black looks (led by Kristen McMenamy in a voluminous taffeta gown) that opened his SS19 ready-to-wear show – all lace, leather and wool crepe – maintained an air of effervescence, with the depth of a fresco painting by Piero della Francesca (the Early Renaissance artist a continual source of inspiration for the designer). Valentino’s approach to proportion, texture and colour has become increasingly experimental since Piccioli took sole ownership of his role. “When you work with someone else, your emotions become thoughts; everything is more rational because you have to talk, you have to share your vision,” he says of his years collaborating with Grazia Chiuri. “Being solo, everything changes. You become more aware of yourself. Today I don’t have to understand why I love something, it’s about intuition.” He admits he has to maintain a constant balance between his own identity and that of the brand; if one overrides the other, he says, then it won’t work.

This flexible approach took on a deeper meaning last month when Piccioli presented his Valentino pre-fall collection in Tokyo, which aligned his ideas with wabi-sabi philosophy. Rooted in the acceptance of transience and imperfection, he feels this world view is less rigid and altogether more contemporary than Western culture. Hand-crushed silks, wafery flounces stacked on top of one another and colliding layers of sunray pleats had the effect of kintusgi (the Japanese art of repairing broken pottery, highlighting rather than hiding the damage). Nothing was unconsidered, nor was it overthought. Within this perfectly imperfect collection was a chapter of looks devoted to the house’s trademark colour. Piccioli wanted to change people’s perception of red – a colour that “sometimes feels super-powerful and strong” – by making it “more romantic, more fragile, more poetic”. It’s not just colour that Piccioli is rethinking; he also wants to soften the edges of fashion’s notoriously steely exterior and make it more accessible. “Today you can’t just be thinking about people with castles and the jet-set lifestyle. You don’t have to buy couture to enjoy couture,” he says. “I want to embrace more culture, more people, more diversity, through Valentino.” Which is why he was delighted to dress Frances McDormand – who wore Valentino to collect her Oscar for Best Actress in March (saying “I have a little trouble with compliance” when asked why she didn’t wear black, like her peers, in support of Time’s Up); then stole the show in an incredible cape and headpiece at the Met Gala, which she attended with Piccioli. Her refreshing individuality is just what Piccioli wants people to discover through his clothes. “I like it when you see this kind of harmony in people, when they feel confident in themselves.” So how does the darling of the red carpet, the new emperor of couture, keep his feet so firmly on the ground? The answer lies in that little town by the sea, where his Fashion Award will reside. “It’s a place I really wanted to escape when I was a kid,” he says. “And then I went back with my wife to watch our children grow up. People there don’t see me as a designer. They see me as just the same guy I was growing up.” 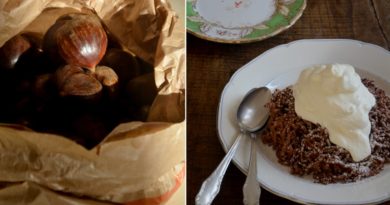 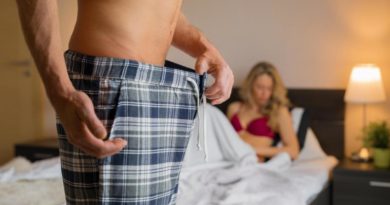 Yoga can injure you. Here’s how to find a class that won’t