Govind says he does not want to be identified as a scrap dealer
 Post Views:1018 Views

"Weekends are the busiest," says Govind, surrounded by piles of trash, on a recent Sunday afternoon.

The Indian men 34-year-old, who prefers to go by his first name only, is standing in the middle of a scrapyard that he and his brother own in Gurgaon, a dusty suburb of glass and concrete near Delhi.

On his left are gunny bags bursting with paper. Prime Minister Narendra Modi’s face stares up from a stack of newspapers, and a hefty guide to the “Principles of Corporate Finance” lies on the ground. Then comes a mound of glass, plastic, metal and more – a quick glance throws up a can of Lacoste deodorant, plastic bottles of Coca-Cola’s Glaceau Smartwater, a brown suitcase and a few bicycles.

This is Shiv Scrap Dealers, owned by Govind and his brother, Joginder, seasoned purveyors of trash: for more than 10 years, they have been sifting through what other people discard to extract every last bit of value from it.

“The trash has changed over the years,” says 48-year-old Joginder, who was the first to start collecting scrap. “Everything is lighter, there is a lot more plastic than before and silver has replaced copper wiring, which is more valuable.” He says they make about 30,000 rupees ($432; £338) a month on average.

The yard shares a wall with an apartment building and leafy trees block the sun. Sheets of corrugated metal serve as a roof to protect paper and cardboard. Everything else lies under an open sky.

Since both brothers spend so much time here, there is a stove in the corner where they can make tea, and a bed where they take a quick nap or sleep when they stay the night. Joginder says they take turns to guard the scrap. He explains, with a touch of pride, that all of this – leftovers from other people’s lives – is worth thousands of dollars, a fortune in India.

Scrap dealers – or what Indians call kabadiwalas or raddiwalas – are at the heart of the country’s largely informal but robust recycling industry.

Most Indian cities do not collect waste door-to-door or even segregate it, says Roshan Miranda, founder of Waste Ventures, a waste management company.

But Indians are generating more waste than ever as processed food takes over kitchens, cheap electronics fly off the rack, and home delivery apps fill up phones. And a deep-rooted sense of thrift (the same one that has fuelled India’s famous “jugaad” or cheap innovation) has spawned a vast and indispensable network of informal waste pickers. India generates some 62 million tonnes by the government’s estimate, but there is no clear data on the workforce that collects, sorts and sells it.

Although Kabadiwalas have been around for decades, riding their rickshaws through neighbourhoods, Govind is a more modern version. He uses a backpack, drives a white van and runs a registered, tax-paying business.

He is tall, lanky and speaks languorously. He finished school but never went to college. He lives with his wife and two sons, 13 and 10 years old, in a neighbourhood about 15kms away. He started collecting scrap a few years after his brother.

He has just returned from his rounds of apartment buildings – Princeton, Carlton, Wellington Estate – on the other side of the national highway. The routine is roughly the same. Starting at 09:00 local time (03:30 GMT), he spends up to eight hours every Saturday and Sunday ringing the doorbell at hundreds of homes spread across 12 sq km (5 sq miles).

And he is greeted with a week’s worth of junk – stacks of books and paper; cardboard boxes from Amazon and other retailers filled with assorted plastic; a tangle of wires; metal in all shapes and sizes. He weighs it all and then pays up.

“In India, we have to buy everything to recycle it. In other countries, you have to pay someone to come and pick up recycling,” says Govind.

He knows this because some of his customers, who are foreigners working in India, told him. “They are the only ones who don’t bargain,” he adds.

But this financial incentive is perhaps why so many households segregate at least some of their waste. And it’s also why waste pickers salvage everything they can. India recycles and reuses some 90% of PET, the strong, versatile plastic that is used to make bottles and containers, according to official data released in 2017. That is more than Japan or even Europe.

The bulk of Govind’s haul – 80% – is paper. Every week, he collects about 2,000kg (4,400 lb) of newspapers, magazines, books and cardboard. But it’s the cheapest recyclable material to sell, fetching about 12 rupees a kilo, which amounts to less than half a dollar or pound. Metal is the most expensive, selling for 24 rupees a kilo – but it makes up just 10% of his weekly collection.

He says people don’t segregate plastic the way they do paper or utensils or electronics; food containers and shampoo bottles are more likely to be trashed without a second thought.

“We get very little plastic because it goes into the garbage,” he says. “What we get is clean.”

There are two kinds of waste pickers in India: “clean waste” pickers, such as Govind, who collect recyclables that have already been segregated; and rag pickers who sift through garbage bins and landfills for recyclables.

“The guys who go to houses and pick up waste consider themselves higher than those who do it in landfills,” says Mr Miranda, whose company works with rag pickers to segregate waste for recycling. Most rag pickers in India belong to the lower castes since the job is considered unclean.

Govind is a Brahmin, which is Hinduism’s highest caste and has historically distanced itself from menial jobs.

He says he is not ashamed of what he does, but does not want his face to be photographed. During the week he drives a school bus, and he is concerned the children or their parents would frown on his job as a scrap dealer if they found out about it.

The scrap yard gets a steady stream of visitors. Rag pickers bring what they have salvaged for sale, as do people who live in the surrounding neighbourhoods. Some people even come and buy old furniture or utensils that have turned up as scrap.

“It’s a shop. Anyone can come anytime. They are all customers,” says Joginder.

After all the buying and selling, the sorting begins.

The paper goes to a warehouse in Palam, a Delhi suburb, and then makes its way to factories in neighbouring Uttar Pradesh state; metal goes to Mayapuri in west Delhi, one of India’s largest markets for scrap metal; plastics go to factories across Gurgaon, part of a recycling industry that is growing fast; and e-waste ends up in Seelampur in northeast Delhi, a sprawling, infamous hub for electronic scrap.

“We get a lot of things we don’t understand,” Joginder says. “Air purifiers – or small ACs. We don’t realise what it is until we break it open.” Since wiring, copper scrap and electrical parts are the most expensive, they often break down machines with their bare hands to get to them.

So in a heavily polluted city like Delhi, Joginder dismantles air purifiers so he can sell the parts.

The job comes with its dangers. Govind has cut himself several times on sharp objects. He says he heard of a scrap dealer who opened a glass bottle, and the chemical that spilled out of it burnt his skin off.

He has also got used to the stranger aspects of the job. “We get to know everything about people’s lives,” he says, blushing. He knows when a family has ordered a new TV or when someone has had a party.

And sometimes, he ends up with strangers’ memories – photo albums or keepsakes or souvenirs.

“We get lots of photos, especially wedding photos and albums,” Joginder says. “We sell them along with newspapers. What can we do with them?”

Joginder has sold games, toys and even a pair of roller skates to children from the neighbourhood. But some things they take home – “I have two ACs [air conditioning units] at home from here,” he says.

There are things the brothers don’t like about the job – handling plastic packaging with bits of meat stuck to it, or picking up reeking bottles of alcohol. Govind is a vegetarian and a teetotaller.

“Sometimes they throw diapers in the same pile and even other things that I cannot mention,” says Joginder, likely referring to sanitary pads.

But, he adds, it doesn’t bother him that much. “We don’t get angry,” he says, laughing. “This is our business.”

This is the first in a three-part series about the millions of informal workers who help Indian cities function. 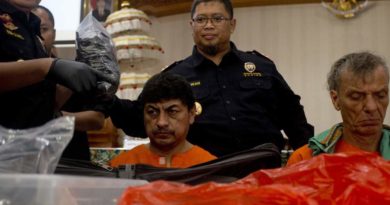 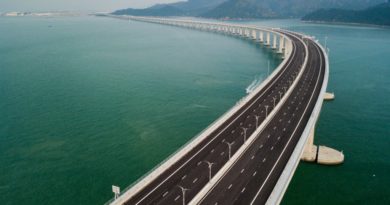 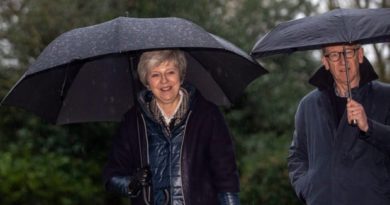